PSA of the North Tyrrhenian sea 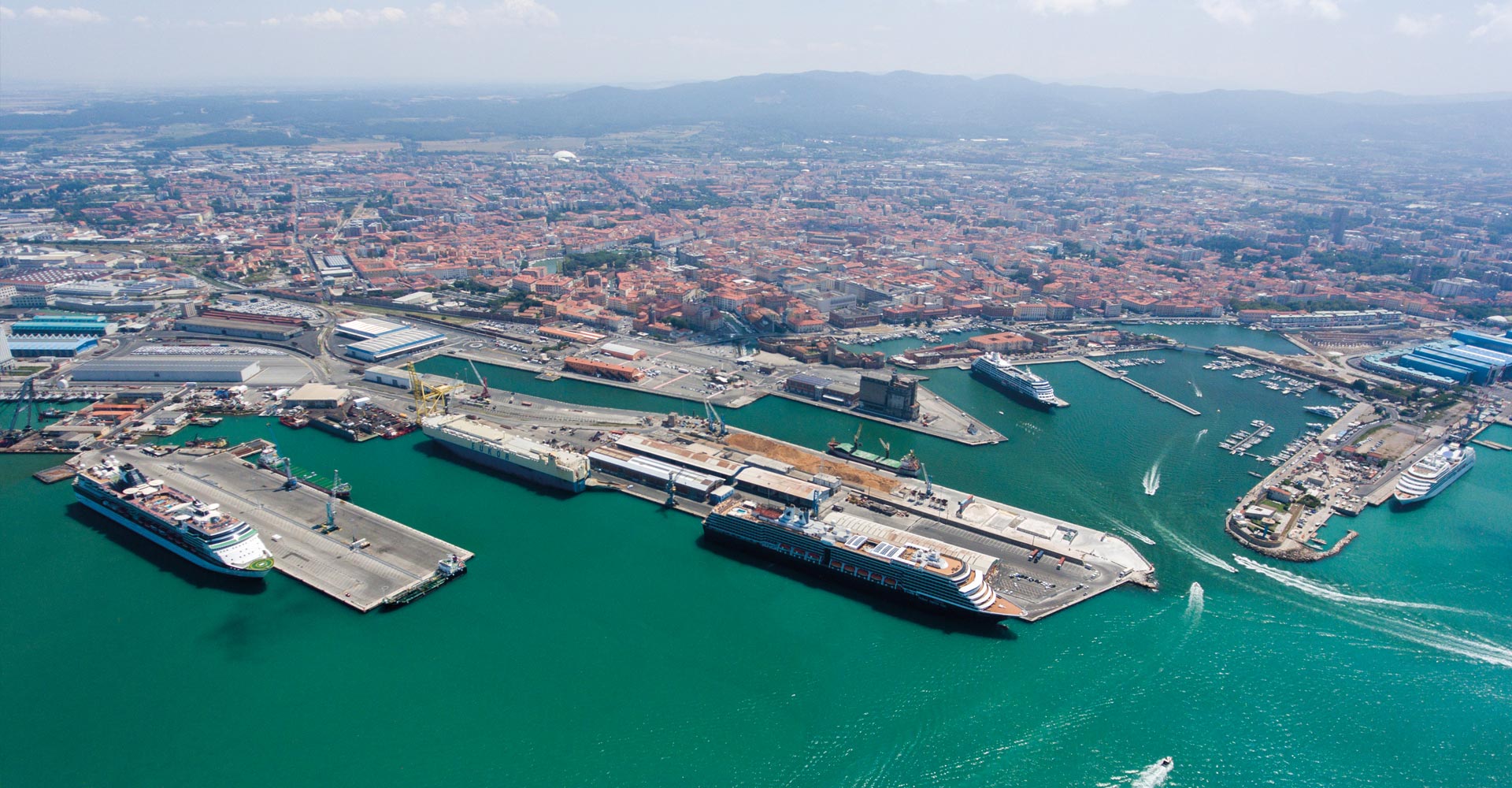 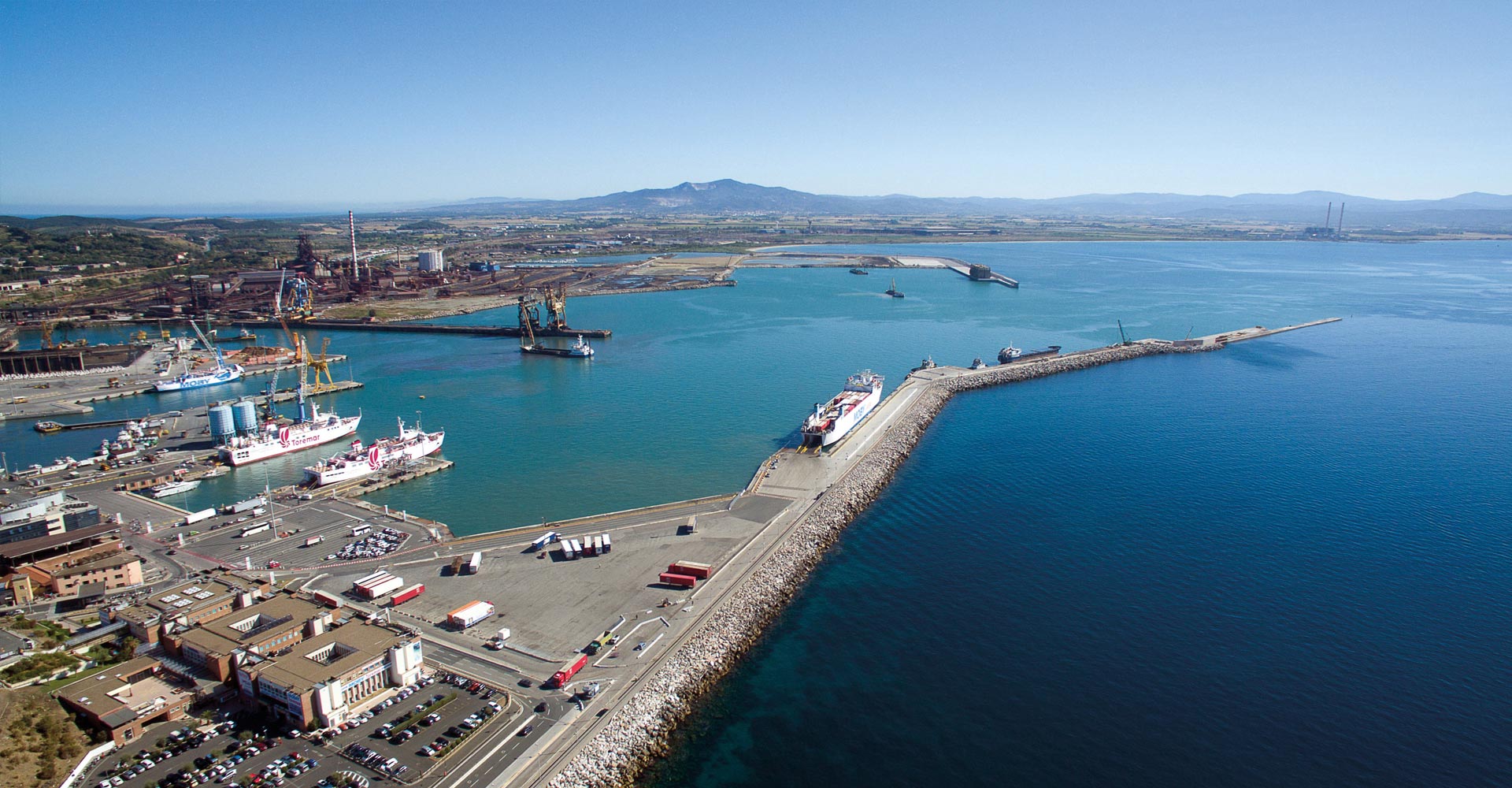 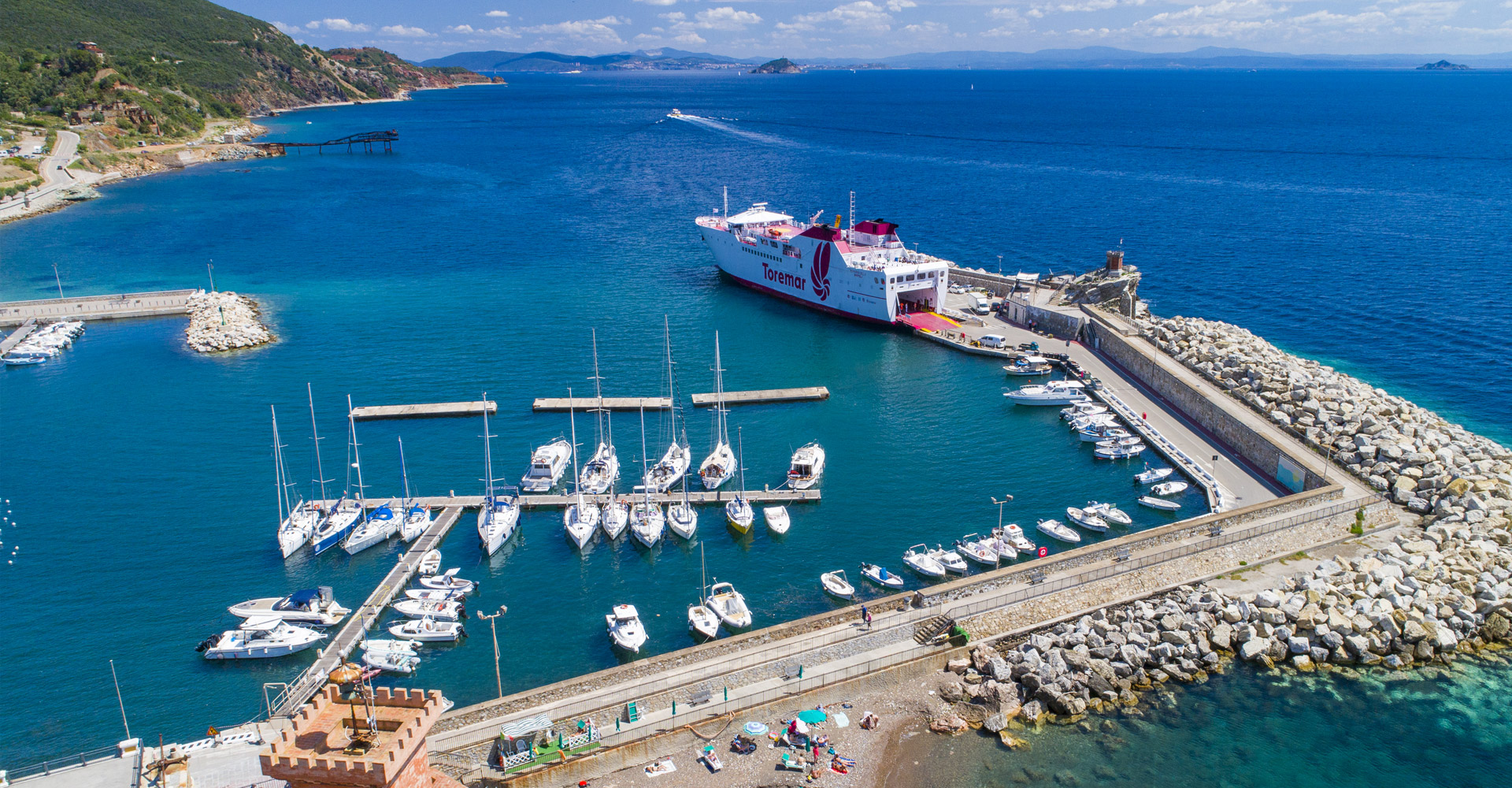 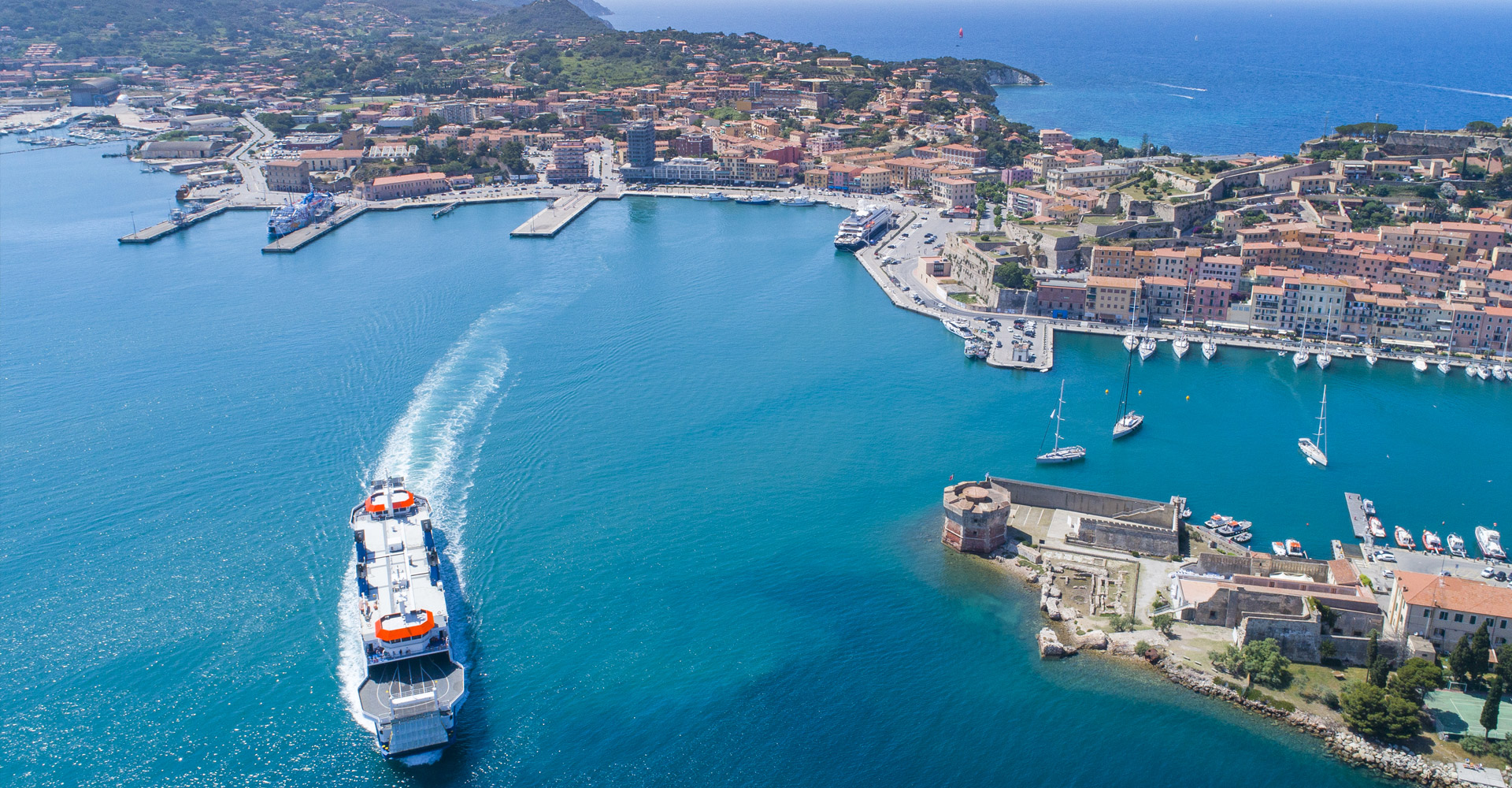 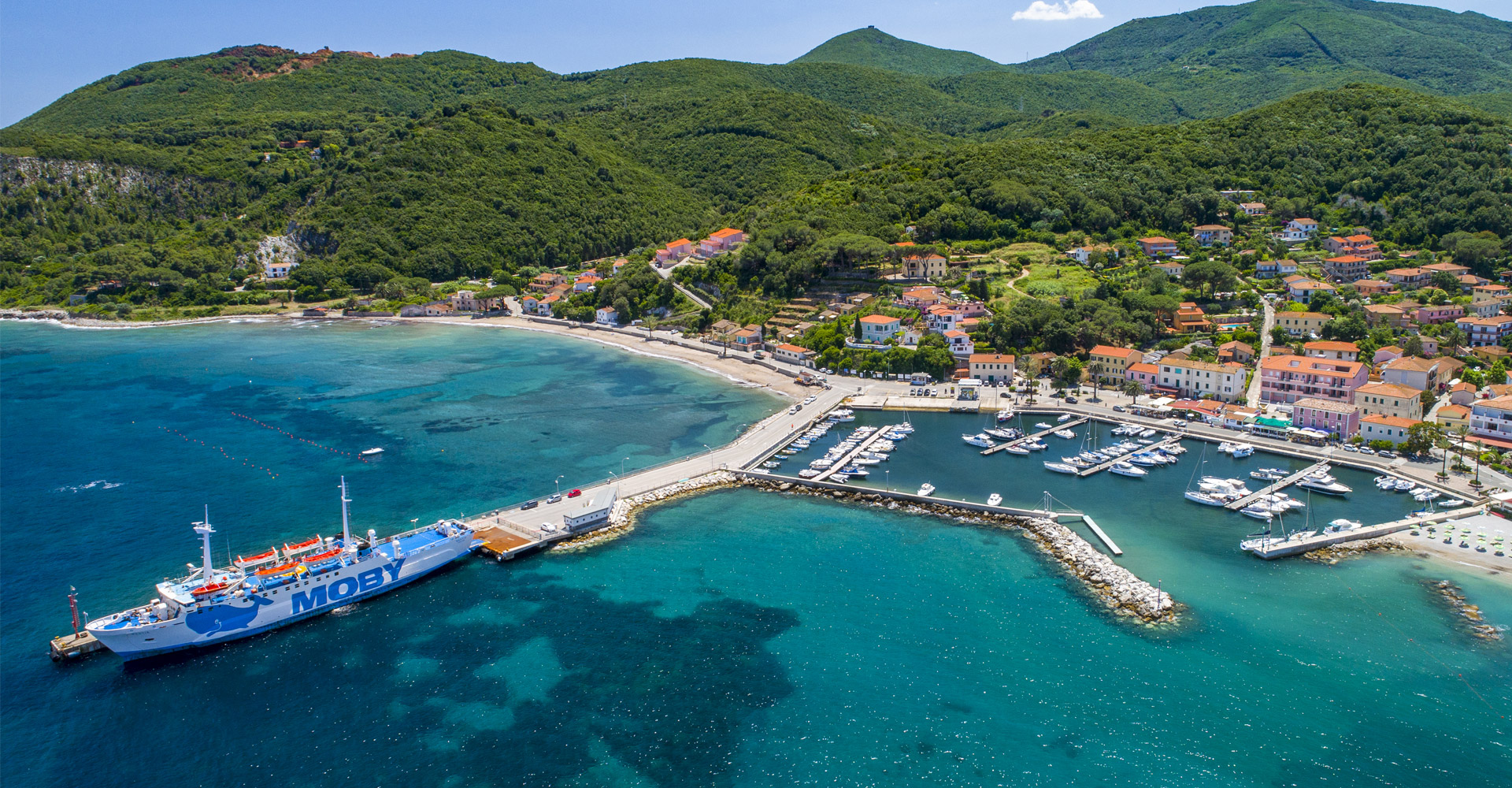 Livorno: at the center of the North Tyrrenian Sea

The Port of Livorno faces the Tyrrhenian Sea on the western coast of Italy. Located at 43° 33 ' North latitude and 10° 18 ' East longitude, it has a strategic geographical location in the center of the Eastern Mediterranean. Included by the EU Commission in its Core Network of the Ten-T infrastructural European network, Livorno is among the top national ports for quantities of goods handled and has captured worldwide attention as a multipurpose port. Today, it is spread over an area of more than 2.5 million square meters and boasts about 90 moorings, km of quays and a depth of up to 13 meters. High tides at conjunctions are 0.46 m. and in the squares they are 0.34 m The port boasts high-tech equipment and vehicles, and each year handles over 30 million tons of cargo and more than 3 million passengers; approximately 700,000 of those are cruise passengers.

The port in numbers

Shore and maritime infrastructure and mechanical:

Piombino: at the heart of the Tuscan coast

The Piombino territory is a traditional industrial and port area. The current functional structure of the port of Piombino (located at 41° 55' North latitude and 10° 33' East longitude) is historically influenced by the presence of large ironworks built at the end of the 19th century and developed in the following century in the areas around the port. Metal and metallurgy production dates back to 2700 years ago, when the ancient Etruscan metropolis Pupluna (Populonia), the only important Etruscan city by the sea, marked the fortune of these areas by linking it to deposits of iron, copper and silver present in the nearby Metalliferous Hills hills and on the Elba Island (Ilva). Today it occupies an area of around 400,000 square meters and offers about 3.5 Km of quays with depths ranging from 6 to 20 meters. The port handles about 5 million tons of cargo and over 3.3 million passengers annually (Ro-Ro traffic, Ro-Pax ferry and cruise ships).

Portoferraio: the center of Elba Island

The port of Portoferraio, on the northern coast of the Elba Island, in a sheltered position within the large bay of the same name, is the island’s main port, located about 6 miles Southwest of the promontory of Piombino. This island is of remarkable size (223.5 sq km), third among the islands of Italy, after Sicily and Sardinia, with approximately 147 Km of coastline. The port of Portoferraio is composed of two distinct parts: the port itself and the roadstead , with a basin 2000 meters wide, well protected against adverse weather conditions. Its use is closely tied to Piombino’s ferries line traffic, cruises and boating traffic. Besides the Darsena Medicea (Medicean Dock), a privileged landing point for pleasure craft (about 150 moorings), the port includes the Calata Depositi (Storage Descent) and Alto Fondale (Deep Water) quay that is a preferential berth for cruise ships, thanks to the location in the historic center, the adjacent large lot used for coach parking, and the considerable size of the ships that can dock. The Alto Fondale, via a connector dock, joins seamlessly with Calata Italia (Italia Descent), which extends to the extreme South of the port area. For ferries connecting the island to the port of Piombino, this area of the port also accommodates cruise ships when the Alto Fondale is busy. Today, Portoferraio occupies about 50,000 square meters and has about 1.5 Km of quays with droughts ranging from 5 to 10 m.

The port of Rio Marina, second after Portoferraio among Elba’s ports of arrival for ferries, is also a marina with a commercial platform. It owes its birth to the exploitation of the iron mines of Elba and was used for boarding of almost all of Elba’s iron ore. This is a dock protected by an “L”-shaped breakwater, with quays built inside at a height of 1 m above sea level; its end incorporates a rocky island surmounted by a tower, at the foot of which there is a small waiting room. Starting from the reef, there is a 70 m dock area with a boat-hauling slipway and a natural-looking beach created from the port excavation. At the end of the beach starts the breakwater, in the initial part of which are moored pleasure boats (for a total of approximately 100 sites).

The port serves today mainly to receive ferries connecting to the port of Piombino and mooring in the last part of the dam, approximately 80 m long. Today Rio Marina is spread over an area of approximately 12,000 square meters with droughts of about 6 m. There is a passenger waiting room with bar and light lunch service, along with an awaiting boarding area of about 1500 sq.m. on the front. The piloting service is guaranteed by the Portoferraio corporation of pilots and the mooring is guaranteed by the Elba Dockers and Boatmen group (operating 24 hours/day, 365 days a year).

The port of Cavo consists of three docks devoted mainly to traffic with Piombino and some commercial functions. Cavo hosts the mooring for the hydrofoil line intended for the Piombino-Portoferraio route and the ferries for regular Piombino-Cavo service land here in summer. It is characterized by traffic from recreational boating, totaling about 200 moorings. The wharf, with a total length of about 180 m, 12 m long in the final stretch, has a 20 m operating slide for ferry boat hooks and a mooring on the opposite side for fast vessels (hydrofoil). The droughts vary from 4.5 to 7 m. There is a passenger waiting room with bar and light lunch service, along with an awaiting boarding area of about 1500 sq.m. on the front. The piloting service is guaranteed by the Portoferraio corporation of pilots and the mooring is guaranteed by the Elba Dockers and Boatmen group (operating 24 hours/day, 365 days a year).

The port of Capraia is located in a sheltered roadstead on the north-eastern coast of the island, divided into a succession of inlets of variable droughts, between two points, Punta di Porto Vecchio (Old Port Promontory) in the North and Punta del Fanale (Lighthouse Promontory) in the Southeast. From 1873 to 1986, a penal colony was located on the island and the dock was used mainly for the trade necessary to supply the colony. When the colony was abandoned,pleasure boating developed as an addition to the functions related to fishing and commercial traffic (passenger traffic and supplies for the tourist facilities). The tourist port "Marina di Capraia" is managed by the company SO.PRO.TUR. using 4 pontoons and comprising a total of 103 moorings. On the East side of the Bay, there is also a buoy area for recreational craft. A dock of approximately 115 meters designed for passenger traffic with a boarding area measuring 3,750 sq.m..